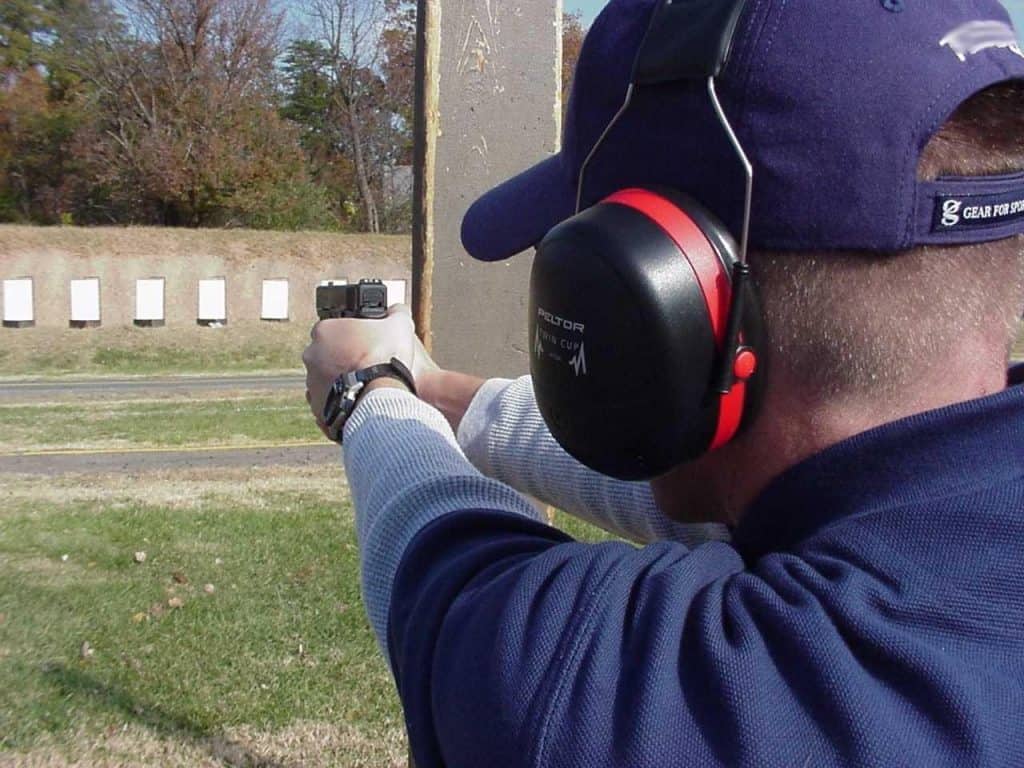 The FBI is a focus of a lot of the media. In addition to fascinating cases seen on the news, TV and movies feature the FBI and ideas of what it is like to be a part of them. Is an undercover case like that we’ve seen on Miss Congeniality? Is training similar to an episode of Quantico? With so many aspects of FBI work being confidential, the entertainment industry does have to fill in some unknown gaps and goose unsexy dialogue with some creative writing. With that said, just what is the FBI and what is their training process? The Department of Justice and FBI websites are overflowing with information, including the boring bits that nobody wants to dig through. For your convenience, we’ve put together the most common questions about the FBI and Quantico.

ALL ABOUT THE FBI

What is the Job of the FBI?

The duty of the FBI is to protect the United States from terrorist and intelligence threats, foreign and domestic, as well as to enforce the US’ criminal laws, and to perform its duties in a manner that meets the needs of the public and in accordance with the Constitution of the US.

The FBI top priorities include: 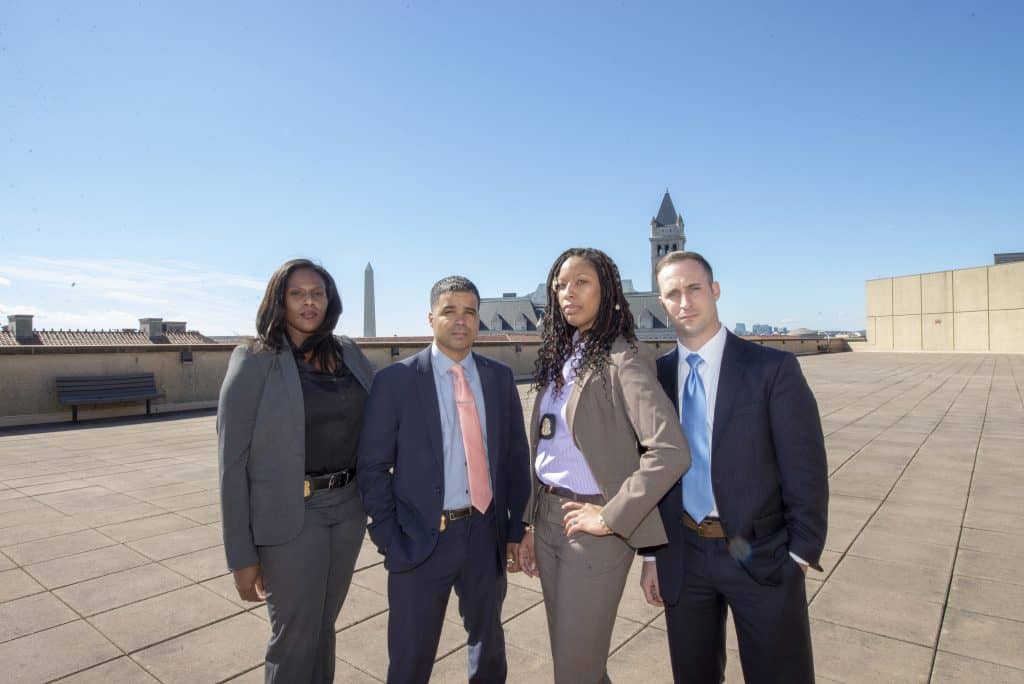 What is the Primary Responsibility of the FBI?

The Mission of the FBI is “To protect the American people and uphold the Constitution of the United States.” As a part of this, functions of the FBI include: 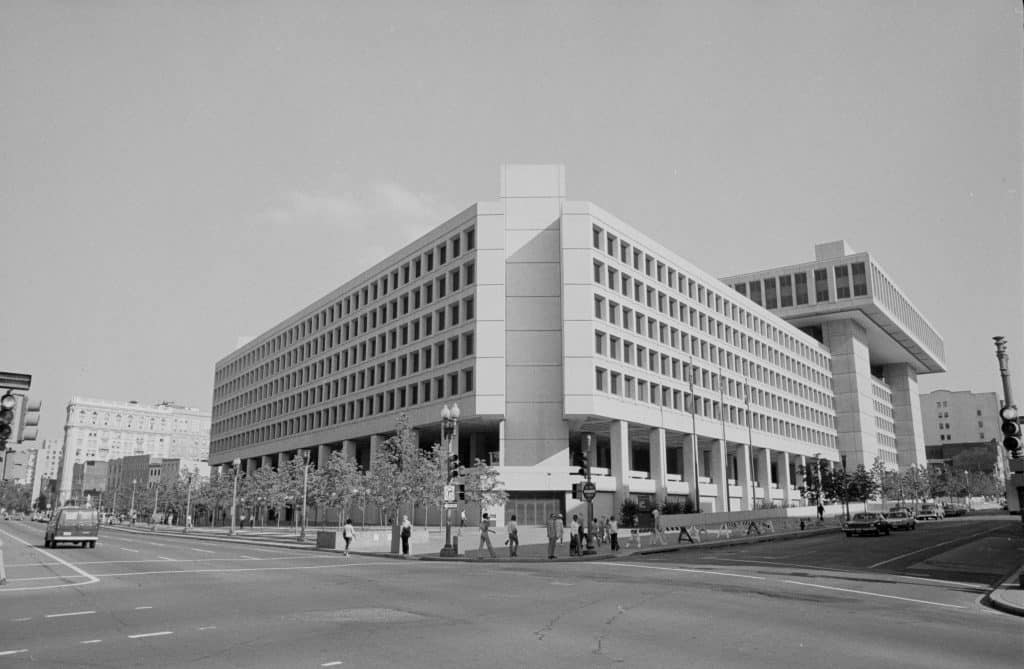 How Old is the FBI?

Is the FBI Part of the Government?

Yes. The FBI is a part of the federal government.

What Kind of Agency is the FBI?

The FBI is an investigative agency with a focus on terrorism or a threat to the constitution of the US.

How Many Agents are in the FBI?

How many FBI agents are there in the United States? That is difficult to determine as many agents travel to other countries to tend to international criminal or terrorist activity. How many agents in the FBI, as a whole (based on the proposed 2020 Budget): 13,201 special agents.

How many FBI employees are there?

Are All FBI Agents Lawyers?

No. Depending on the education of the agent, they may not be an attorney. Legal services, such as litigation, are usually performed through those in professional functioning positions.

How Much Do Special Agents Make?

How much do FBI get paid for professional functioning positions? This varies greatly depending on the position such as clerk or director. Though, for hours worked, it isn’t uncommon for salaried positions where particular employees work 60 hours per week (such as an internal legal counsel) wind up having an hourly pay that is less than an executive assistant who only works 40 hours each week.

The FBI has a total of 56 field offices to serve as local points of contact throughout the country. You can find your local office by following this link. The contact information of the FBI Headquarters is:

Administrative staff do not always travel, but FBI Agents do as criminals and terrorists are not always considerate enough to perform their activities near a field office.

What Does it Take to Become an FBI Agent?

To become a Special Agent of the FBI, you have to pass a mentally and physically challenging selection process designed to only permit the most capable of applicants.

Due to the high level of trust and commitment required for a special agent position, it is crucial that prospective agents be able to: 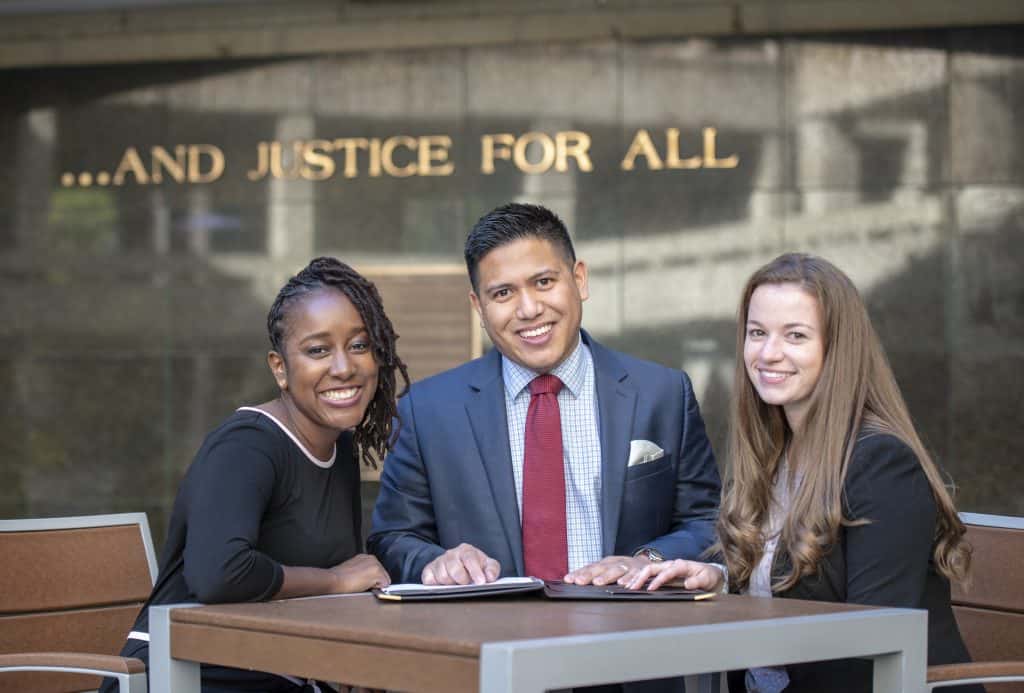 Specific employment requirements of a Special Agent of the FBI are that the candidate/applicant:

o    FBI Special Agents have a mandatory retirement age of 57. In order to achieve the required 20 years of service for retirement, Special Agents must enter on duty no later than the day before their 37th birthday. Outside applicants must apply for the Special Agent position prior to their 36th birthday to allow adequate time to complete the Special Agent Selection System. The FBI may disqualify applicants at any time if it is determined that they will reach age 37 before appointment.

o    Current FBI employees must apply prior to their 39th birthday and must be appointed and assigned to the FBI Academy no later than the month of their 40th birthday.

To work for the FBI in any position, to include professional services, all applicants must be a US citizen, eligible for a US Top Secret (SCI - Sensitive Compartmented Information), and in compliance with the FBI’s own drug policy. Below are instant disqualifiers for any employment candidate of the FBI:

It only takes any one of the above to be ineligible for employment with the FBI.

What Degree Do You Need to be an FBI Agent?

There is not a specific degree that is required for becoming an agent, only that you have at the minimum a four-year degree from an accredited college or university. Naturally, special interest will be given to majors that are related to the work of an FBI agent. For example, a degree in Criminal Justice will be more preferred to a degree in Fashion Merchandising.

Now that we have covered the FBI Service Agent information, it is time to look into the FBI Academy - often referred to simply as “Quantico”. Is it a glorified police academy? A 21-week boot camp? 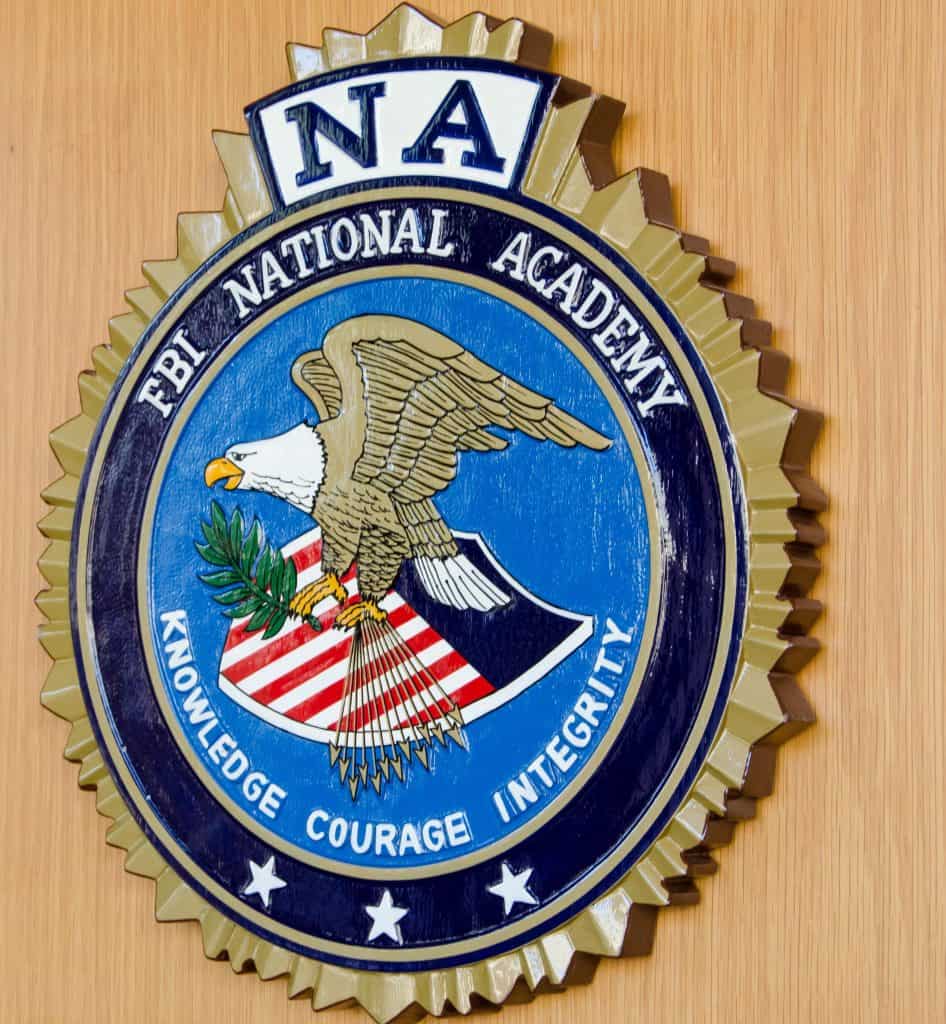 What Does an FBI Special Agent Do?

FBI Special Agents are investigators on behalf of the federal government of the US. Their tasks, aside from the general duties described above, can include:

How Hard is it to Become an FBI Agent?

Very. FBI Agents are responsible for some pretty important work, so they created quite the screening process to ensure that not just anyone can become an agent. Graduating college and working for a couple of years, while being able to do a few push ups, isn’t enough to cut it. Candidates must be able to perform a certain number of push-, pull-, and sit-ups within one minute, as well as perform timed 300-meter sprints and 1.5-mile runs. Vision and hearing must be near perfect.

How to Become an FBI Agent Step by Step

The Special Agent Selection System (SASS) is performed as follows: 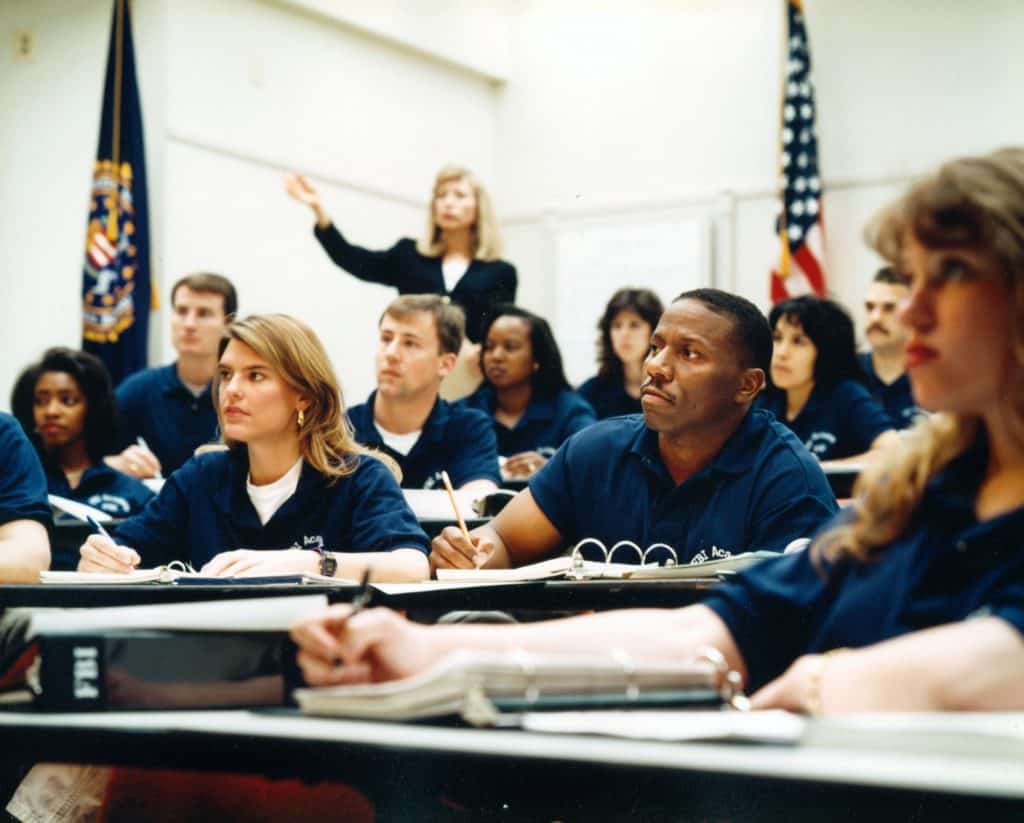 What to Study to Become an FBI Agent

If you’re interested in becoming a Special Agent for the FBI, it never hurts to study ahead. Though they accept any four-year degree, a degree with a particular focus on criminal justice will get more preference. Monitoring trends can help with this. For example, with the rise of computer crime, computer forensics may be a speciality in high demand.

How to Apply for the FBI Academy

Click here to begin the application process for FBI Special Agent. Be sure to not skip any "See attached file" icons.

How to Get Into Quantico

There is no guaranteed process of how to get into the FBI Academy. The best way to increase your chances is to become as desirable for the needs of the FBI as possible. This can include obtaining a degree in an area that the FBI may be particularly interested in, such as a forensic science with a focus. Advanced degrees will be extra impressive over general degrees.

Military and police service are of interest to the FBI. As a part of their duty is to uphold the law, having a background in the law enforcement arena offers experience that other candidates will not likely possess.

Physical fitness is a priority to being a Special Agent. Already being in great physical condition can make the physical test a mere formality versus a potential obstacle in your FBI career.

Can You See Your Family During FBI Training?

When first reporting to the FBI Academy, you are required to remain “in-house” for the first couple of weekends. However, provided that studies are kept up and all areas of performance are satisfactory, weekends can be used for visiting family.

What is the Average Salary of an FBI Agent?

However, the entry-level salary starts closer to $39,000, annually, with the highest reported salary being around $119,000. 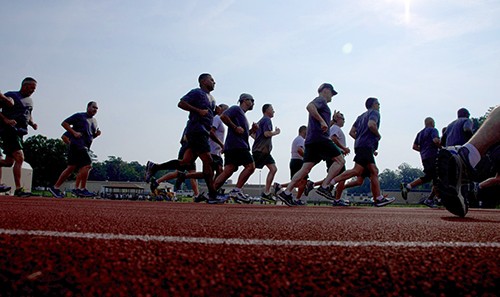 How Long is the FBI Academy?

How long is the FBI Academy training total? 21 weeks.

Candidates are constantly being assessed for the following suitability standards:

Failure to uphold these suitability standards can result in being dismissed at any point of the training.

How Long Does it Take to be an FBI Agent?

It takes four years of education and two years of full-time work, minimum, to even apply for FBI Special Agent jobs. The application process generally takes one year, and that is assuming that there are no issues holding up the security clearance (which, alone, can take a year and a half).

What Are the Different Types of FBI Agents?

Special Agents work across a variety of areas to include terroristm, cybercrime, and crimes against children. After two years, Special Agents are eligible to join mission-centric units that have a specialty focus. These include: 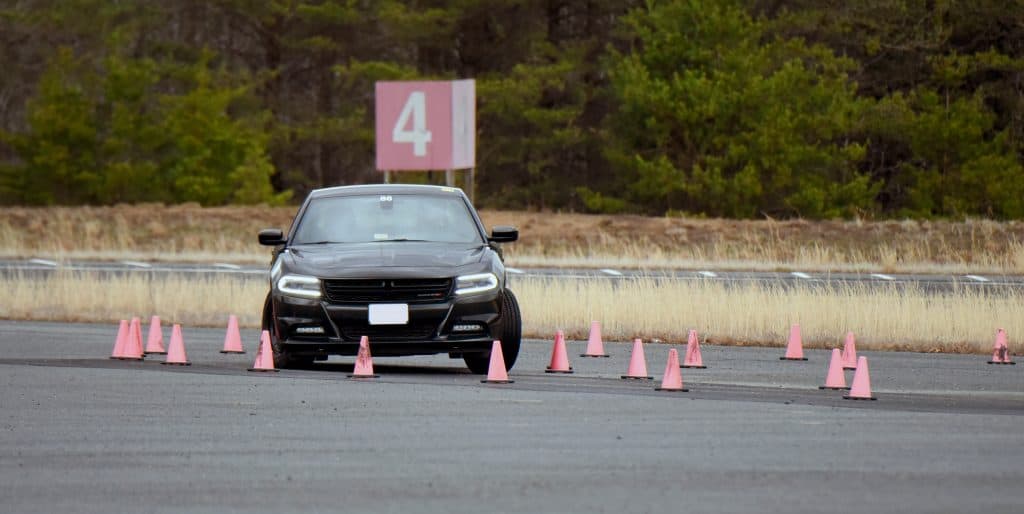 How to Become Undercover FBI Agent

How to be an undercover FBI Agent is a matter of being assigned to an undercover operation. In order for an operation to be performed undercover, the Attorney General has established a set of guidelines with specific criteria that must be met and approved including the authority who gets to decide on whether or not an operation may be undercover.

How to Become an FBI Detective

A detective position with the FBI is similar to that of the general police force in that it is a position that is often promoted into unless an outside prospect has greater equally-relevant experience.

How to Become a Linguist for the FBI

If you speak multiple languages, and meet the other job requirements, you can contribute to the FBI without becoming a full Special Agent. In addition to there being in-house positions for translators, there are even contract linguists working for the FBI.

Have we piqued your interest yet? If you're thinking about a career in the FBI, make sure to check out our article on FBI careers.

If the FBI doesn't sound like your thing, never fear! We have tons of info about all kinds of careers in criminal justice. Good luck!